This page serves as a collector for a small handful of drawings I’ve attempted since March 2020. The lines add up, they X, then diverge. The divergences aerate possibilities, and then I return evening after evening to touch penpoint to glass, and with the smallest of mark-making efforts, try again. Selected illustrations are also posted at Redbubble, where they are tchotchke-casted onto a handful of different products (e.g., prints, note cards, stickers); if you would like to see something below available on Redbubble, please write to me at dereknmueller -at- gmail dot com, and I’ll tend to it as soon as I can. 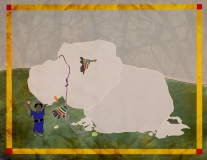 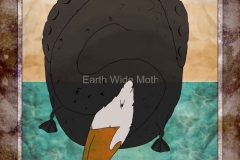 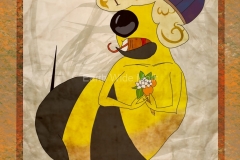 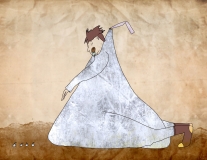 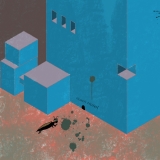 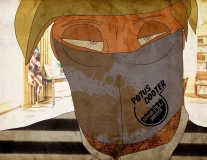 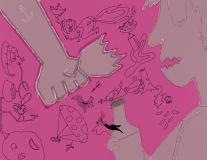 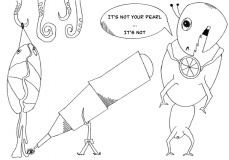 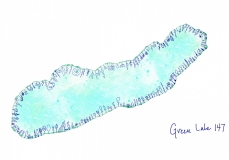 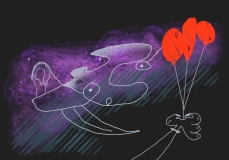 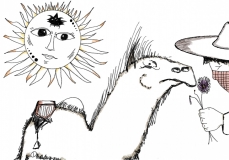 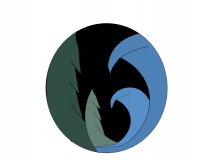 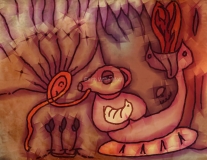 After several months of learnerly playing around in Procreate, I developed a series of twelve drawings in between April 5 and April 24, SMSing one every other day or so to Ph. and Is. as a pandemic good-morninggram. Each drawing is named with a verb and its number in the series (e.g., Protect #1). The initial goal was to create a set of twelve. I continued beyond that though with no particularly clear exigence or goal. At the end of 2020, there are 30 in the set.

As Summer 2020 surrendered to ridiculous and unprecedented work demands, I began to miss time in the water. I remained in Virginia, away from Michigan’s lakes, and reduced significantly the number of swims I might’ve enjoyed otherwise. Made it to Claytor Lake twice. 😪 That’s it. The series carries over the bestiary into a pool view, aerially surveilled not unlike the pool at the Michigan condo made unavailable by the pandemic. This series is unfinished, on suspended float, contentedly and indefinitely. 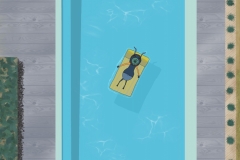 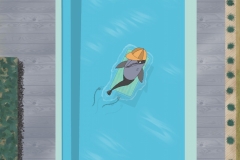 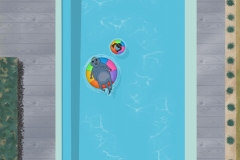 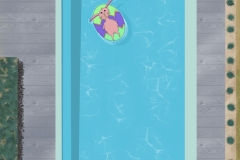 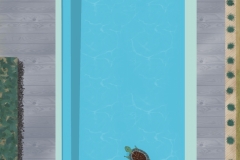 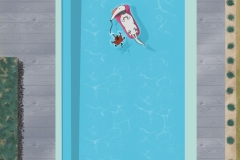 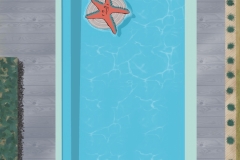 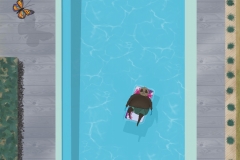 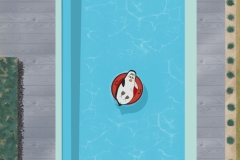 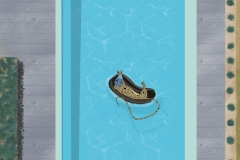 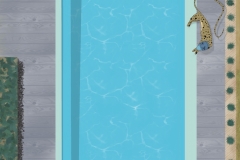 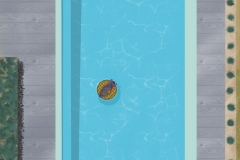 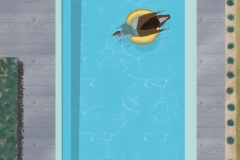 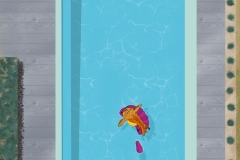 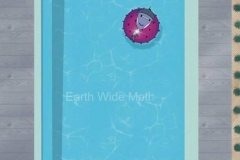 The masked-unmasked figures in this series conjured themselves as expressions of the everyday–work pressures, a shooting and standoff near to where I was staying in Michigan in September 2020, toggled themes exploring absurdities, grotesques, and (dis)symmetries. 🎭 These continued throughout the the fall months. By year’s end, there were 20 pairs in the set.

Institutional Service Tarot (IST) is a lampoon gift deck rendered from markerboard drawings I made in my Pray-Harrold Hall office at Eastern Michigan University between 2011-2013. They are meant as good humored reminders to pre-tenure and teaching faculty to let others carry a fair measure of the water, so to speak. They are available for purchase at https://www.makeplayingcards.com/sell/ewm.